What's going on at JAMK's School of Professional Teacher Education? 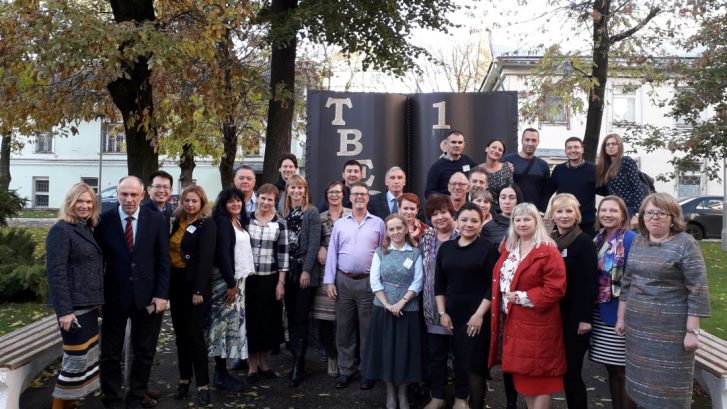 The Pro-VET (Professional Development of Vocational Education Teachers’ with European Practices) team met either side of the summer holidays firstly in Jyväskylä, Finland in June and then in Tver, Russia in September. The aim of these meetings was two-fold; to compete the state-of-the-art analysis concerning the current situation in VET teacher education in both Serbia and Russia thereby allowing us to discover where the gaps were in the two national systems vis-à-vis European VET policy and best practices. Secondly, to begin the design phase for creating the project’s major deliverables, the Vocational Open Online courses (VOOCs).

The work in June during the meeting in Jyväskylä concentrated on choosing a suitable pedagogical foundation for the VOOCs. This involved considering many factors that had previously not arisen such as the format of the course, the desired outcome, the method of communication with the participants, etc. A lot of hard work was completed requiring many hours of complex thinking by all.

The major outcome of the week in Finland was that the consortium decided to concentrate on three major themes for developing their VOOCs; soft skills creation and development, pedagogy, psychology and didactics, hosting and monitoring online courses. These three themes formed the basis of the Train-the-Trainer programme that began in Tver.

After the summer holidays the team returned to work and met again in picturesque Tver, Russia at the end of September. As well as the obligatory formal meetings work began in earnest on creating the framework for the project’s VOOCs. Both the Russian and Serbian workgroups worked hard throughout this week and with the help of workshops in soft skills development, pedagogy, psychology and didactics, and excellent examples of how to create online courses on various platforms, set about their task with enthusiasm. The week also included fact-finding visits to Russian VET colleges in the town and an impressive non-formal education establishment where youngsters could experience learning about various modern technologies.

At the end of the week the consortium agreed the timetable for developing their VOOCs. In outline, the courses should be ready for alpha testing by the next transnational meeting which will take place in Wageningen, Netherlands at the end of January 2020. After further development we aim to release the courses for beta testing after the meeting in Ireland the following June.

Text and photos by Graham Burns.